Professor Judit E. Puskas is a Distinguished Professor at the Ohio State University. Her research is focusing on the integration of breast cancer diagnosis and treatment with breast reconstruction, in collaboration with the Cleveland Clinic. In 2012 was one of the five winners of the GE Healthymagination Breast Cancer Challenge Award, selected from 400 international applications. She is the winner of the 2017 Charles Goodyear Medal, the most prestigious award given by the Rubber Division of the American Chemical Society. She is a coinventor of the polymer coating on a coronary stent, implanted into over 10 million patients.


How can “smart” organometallic hydrogels learn and forget

Professor G. Julius Vancso earned his PhD in 1982 in Solid State Physics (Eötvös Loránd University of Sciences, Budapest). He then studied materials science at the Swiss Federal Institute of Technology (ETH-Zürich; 1983-84), and was research associate and lecturer (ETH Zürich) until his first faculty appointment at the University of Toronto in 1988 (tenure in 1993, in the Department of Chemistry, cross-appointed at the Department of Metallurgy and Materials Science). He moved to the University of Twente in 1995 to occupy the Chair in Materials Science and Technology of Polymers as full professor. He held visiting professorships at the ETH-Zürich, the University of California at Santa Barbara (USA), the Technical University of Barcelona (Spain), and the Technical University of Budapest (Hungary). At present he is also distinguished consulting professor as 1000 Talent Senior Scholar of China and of the Shanghai Government at Donghua University in Shanghai, and also holds a visiting professorship at Nanyang Technological University in Singapore (School of Materials Science and Engineering). He was program director as Visiting Principal Scientist of the statutory agency A*STAR in Singapore, in charge of the program “Innovative Marine Antifouling Solutions for High-Value Added Applications”. He held several administrative positions at the University of Twente, including being Vice-Dean, Discipline Head Chemical Technology, and a.i. Scientific Director MESA+ Institute for Nanotechnology. He is External Member of the Hungarian Academy of Sciences, and Fellow of the Royal Society of Chemistry UK. He was Editor-in-Chief of European Polymer Journal of Elsevier and served the journal for 16 years as executive editor. His current scientific interests revolve around structure-property-applications relationships of engineering polymers, materials chemistry of stimulus responsive macromolecules, surface engineering, and macromolecular nanotechnology, including applications in various fields. He supervised 49 completed PhD Theses, and (co)authored over 560 papers and 8 patents. His work was cited more than 16,000 times, which earned him an h-index of 62. He contributes to knowledge transformation via his start-up company Sulis Polymers, of which he is CEO.


Why is it difficult to transfer in vitro biocompatibility data to in vivo experience? 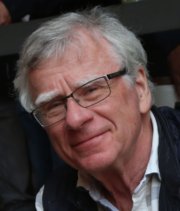 Professor Lars Magnus Bjursten, MD, PhD is a Senior professor at Lund University, Sweden. Prof. Bjursten is a Medical Doctor and Board specialist in Internal Medicine, Clinical Immunology and Transfusion Medicine. He is a Convener of ISO TC121/SC3/WG13 (ISO 18562 series on Biocompatibility evaluation of breathing gas pathways in healthcare applications). Professor Bjursten is Chairman for the Swedish mirror committees for ISO TC 194 (ISO 10993 series on biological evaluation of medical devices) and ISO TC 150 (surgical implants). His interests in biomaterials are to identify materials characteristics and interaction modes between implanted materials and the surrounding tissue that are less well understood. The possibility to identify in vitro tests that predict in vivo responses is emphasized. These include:1) The importance of material chemical toxicity for the long-term tissue organization by using initially cytotoxic materials. 2) The importance of specific surface interactions and material’s physical characteristics (surface structure, mechanical modulus) with respect to the mechanical mismatch between tissue and material. The ultimate goal is to identify device features that can be evaluated pre-clinically making it possible to predict the clinical performance of medical devices and to implement them into regulatory requirements. The present regulatory requirements are to a large extent inherited from pharma and food and in many instances of limited value to predict the clinical biocompatibility of implanted medical devices.

Dr. Matteo Gigli currently holds a position as Assistant Professor for General and Inorganic Chemistry at Ca’Foscari University of Venice. His research interests are mainly devoted to the development of innovative polymeric materials and nanostructures for sustainable applications, such as polyphenols-based nanoparticles and nanocapsules for the release of actives, biodegradable and bio-based shape-memory materials and thermoplastic elastomers, ion-exchange membranes for energy purposes, and bio-based thermosets of industrial interest. He obtained his Ph.D. degree in Industrial Chemistry at the University of Bologna with a thesis entitled “Novel etheroatom containing aliphatic polyesters for biomedical and environmental applications”. Before joining the University of Venice, MG has been employed as Postdoctoral Researcher at the University of Freiburg as a member of the BASF Joint Research Network on Advanced Materials and Systems (2013-2015) and at the University of Rome Tor Vergata (2016-2019). Among other experiences, he was appointed as Visiting Scholar at the Massachusetts Institute of Technology in 2017 and 2018. MG has been awarded in 2013 with the Future Leaders in Chemistry Prize by CAS, and in 2014 with the Ph.D. Best Thesis Award by the Italian Association of Chemistry for Engineering (AICIng). He is author of 3 patents and over 40 publications on peer-reviewed international journals.

Wojciech Swieszkowski, Ph.D. Habil., is a Professor in the Materials Design Division, Faculty of Materials Science and Engineering (MSE), Warsaw University of Technology (WUT), Poland. He is the Director of the MSE Materials Design Division and a Faculty Coordinator in the Erasmus Program. He has earned a PhD in Biomechanics and a Habilitation in Materials Science and Engineering at WUT. He was a Postdoctoral Researcher for 4-years at the Delft University of Technology (Delft, The Netherlands). He has been a Visiting Professor at several universities, including Harvard University, NIMS Japan, Università Politecnica delle Marche, and TU Wien. His research is focused on biofabrication and bioprinting, biomaterials for implants and tissue engineering, computational modeling, and the characterization of biomaterials. He leads the BioMaterials Group (9 post doctorate and 11 PhD students) at WUT. He has been the leader and project manager of 13 international and 18 national projects with total funding > 10M EURO. He has been the doctoral advisor for 8 students who have earned the PhD. He has authored more than 150 publications, 16 book chapters, and 11 patents. He delivered 25 invited talks at international conferences. He has received several awards including: 1st Prize from the Prime Minister of Poland (2001), Prizes from the Rector of WUT for scientific achievement (2011, 2012, 2013, 2014), and the Mieczyslaw Wolfke’s Prize of Warsaw University of Technology for scientific achievements (2017)”.